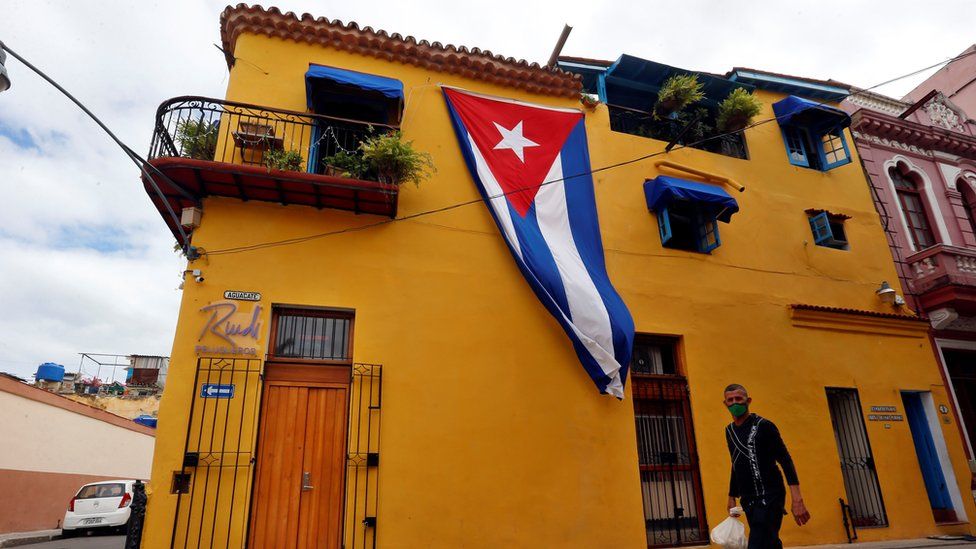 The US has placed Cuba back on a list of state sponsors of terrorism, citing the communist country's backing of Venezuela.

President Donald Trump's administration made the announcement just days before he leaves the White House.

Mr Biden has said he is seeking closer ties between the long-term adversaries but Mr Trump's decision is likely to hinder a quick repair of relations.

Cuba's place on the list will require a formal review that could take months, analysts say.

The Caribbean island was removed from the list by President Barack Obama in 2015, but Mr Trump has taken a harder line towards the country.

When explaining the decision, officials cited Cuba's support of Venezuelan leader Nicolas Maduro who the US refuses to recognise.

"With this action, we will once again hold Cuba's government accountable and send a clear message: the Castro regime must end its support for international
terrorism and subversion of US justice," US Secretary of State Mike Pompeo said in a statement on Monday.

In response, Cuban Foreign Affairs Minister Bruno Rodriguez tweeted: "We condemn the cynical and hypocritical qualification of Cuba as a state sponsor of
terrorism, announced by the United States."

In advance of the announcement, House Democrat Gregory Meeks called it "another stunt by President Trump and Pompeo, trying to tie the hands of
the incoming Biden administration on their way out the door."